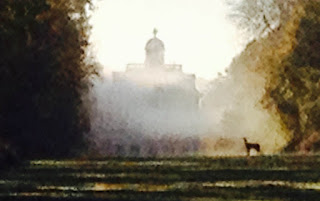 Amongst the folklore and ghost stories of Ashdown House is one that relates to William, First Earl of Craven. It is said that following his death he was reluctant to leave this world and his ghost was frequently seen about the house and also at Red Barn, on the path from Ashdown House to the village of Ashbury. He would walk straight down the middle of the path, moving aside for no man. One local who followed him home one night saw him walk into the parlour at Ashdown House and warm himself before an imaginary fire before settling down in an armchair. On another occasion a group of workmen saw his ghost seated at a table, taking dinner with long-vanished company. So if you are taking the path from Ashbury Church up to the Ridgeway tonight, and over the Downs to Ashdown woods, look out for the figure of the Earl striding out ahead of you and if, as I have done more than once, you hear the sound of hoofbeats on the old straight track, you will know that William Craven is not the only ghost abroad this night.
Ashbury Ashdown House ghosts the Ridgeway William Earl of Craven

Popular posts from this blog 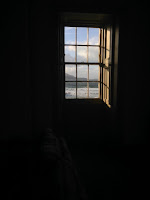 I have been interested in myth and mystery for many years and my books draw on the history, folklore and landscapes of my local area and elsewhere in the British Isles. This is the place where you will find the stories behind the story; the legends and tales that inspire me, the ghostly encounters, the family history snippets and the research. I hope you enjoy reading about the history behind the books!
Read more